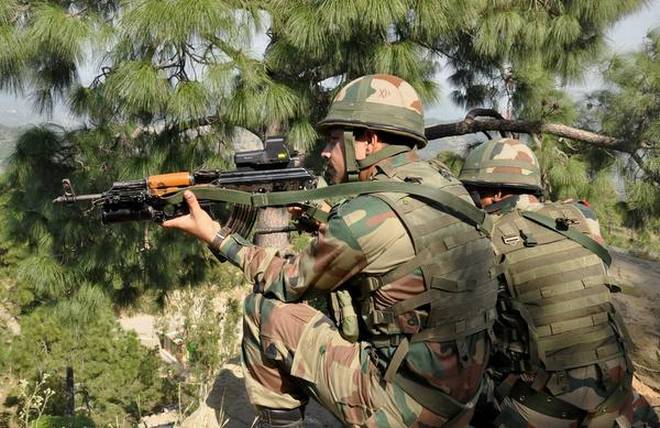 Indian Army retaliated after Pakistan’s ceasefire violation along the Line of Control (LoC) on Wednesday.

Pakistan again violated ceasefire along the Line of Control (LoC) in Sunderbani sector of Jammu and Kashmir’s Rajouri district amid tension between Islamabad and New Delhi over abrogation of Article 370.

According to reports, the ceasefire violation took place at about 3:45 pm on Wednesday. The Indian Army was retaliating when reports last came in. There has been no report of any casuality so far.

On Tuesday, an Army jawan was killed and four others were injured when Pakistani troops targeted forward posts and villages along in Poonch district.

“He was a brave, highly motivated and sincere soldier. The nation will always remain indebted to him for the supreme sacrifice and devotion to duty”, the spokesman said.

Lance Naik Sandeep Thapa was martyred on Saturday as Pakistan resorted to mortar shelling and small arms firing on forward posts and villages in Nowshera Sector of Rajouri district.

Last month, two army personnel and a 10-day old baby were killed and several civilians injured in heavy Pakistani shelling and firing in the twin districts of Poonch and Rajouri in Jammu region.

Trump makes a humble case about his intellect: “In my great and unmatched wisdom”

PRESIDENT DONALD TRUMP AND JAPANESE PRIME MINISTER SHINZŌ ABE ANNOUNCED THE INITIAL AGREEMENT ON TARIFFS DURING A MEETING ON WEDNESDAY.

TRADITIONAL INDIAN DRUMS WITH A MIX OF CHEERS WELCOMED PRESIDENT TRUMP TO HOUSTON ON SUNDAY AT AN EVENT NAMED “HOWDY, MODI,” IN HONOR OF...

Coronavirus Updates: The Total Known Cases Of A Secretive New...