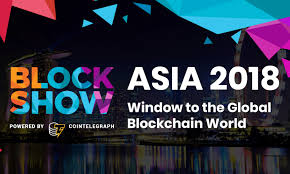 It has been another week of consolidation for crypto asset markets with Bitcoinclinging on to the psychological $10,000 price barrier. Market analysts were mixed on what its next move would be but the queries were answered on Thursday when the world’s dominant digital asset plunged to $9,000 and this has now sparked fears of further declines.

Earlier in the week, Reuters reported that China is ramping up efforts to get its own central bank digital currency launched before the end of the year. According to Reuters, the People’s Bank of China planned to issue its own digital Yuan as early as November 11, which is also Singles Day in China and one of the country’s busiest shopping days.

State-linked media outlet, The Global Times, refuted this timeline, but did sayShenzhen, China’s “Silicon Valley” in Guangdong Province “could be the first pilot city in China to launch a national digital currency”.

The People’s Bank of China has been researching its own virtual currency for the past five years but those efforts have escalated in recent months due to the threat of Facebook’s own plans to dominate global finance.

The central bank plans to use the cryptocurrency to have greater control over monetary flows within the country and cut the costs of circulating traditional paper money. It initially intends to distribute its digital currency through at least seven institutions, including four Chinese state-owned banks, tech giants Alibaba and Tencent, and China’s largest payments card issuer China UnionPay. The exact timeline for the launch remains unconfirmed.

In Hong Kong, as protests continue, more people seem to be turning to cryptocurrencies as either a hedge against potential economic turmoil or as a more private way to donate to the democratic cause.

In preparation for such uncertainty, some retail outlets have reportedly started accepting payments in digital currencies. According to the Bitcoin Association of Hong Kong, department store Pricerite has started to accept payments in Bitcoin, Ethereum and Litecoin, and claims to be the first retail store in the region to do so. Shoppers with cryptocurrency wallets supporting the Lightning Network, a turbo-charged method of transferring small amounts of Bitcoin, will be able to complete transactions in seconds.

Chinese Bitcoin mining giant Bitmain is expanding operations, according to local media reports. The semiconductor manufacturing firm has recently placed new hardware orders for 600,000 new crypto mining machines, which is expected to increase its output by 50% over the next six months.

The company designs application-specific integrated circuit chips (ASICs) for Bitcoin mining and last year’s bear market seriously affected the firm. Bitmain downsized its operations and axed a highly anticipated IPO as Bitcoin plunged by over 80%. Now that Bitcoin prices have recovered and are hovering around five figures the demand for mining hardware has, it seems, increased once again.

In South Korea, the Financial Services Commission has, according to local media, announced support for a scheme that will provide a crypto exchange reporting system.

US Coronavirus Latest On Sunday 21 June

MEDIA BYTES 3 DURING INDIA’S NO.1 BRAND & INDIA’S MOST TRUSTED...

SKN Foundation to host its Annual Gala to highlight the South...